The role of James Bond isn’t supposed to be a meaty part for the best actors to sink their teeth into. Daniel Craig’s performance as 007 in Casino Royale is considered the best out of them all, but that’s about it. What about taking each Bond actor and finding their best overall acting performance from their entire acting career? 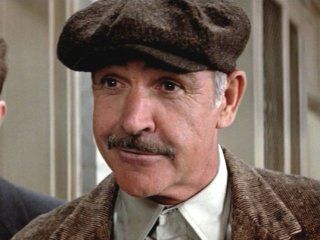 The easy answer is The Untouchables, for which the legendary Scot won an Oscar for Best Supporting Actor. But there are so many other choices like The Hill, The Offence, The Man Who Would Be King, The Hunt For Red October, Indiana Jones and the Last Crusade, and Finding Forrester. What a career! More than just being the first (and still the best) James Bond. 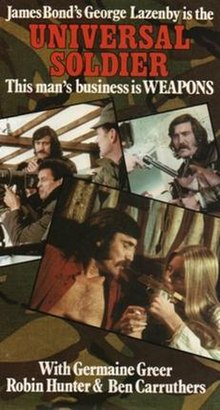 Okay this was a tough one. Lazenby was never really a true thespian. In fact, his first ever acting role is probably his best. It was as James Bond in On Her Majesty’s Secret Service. Sadly, he never got a chance to continue on with the role. So instead we get this low budget 1971 action flick, which sees Lazenby as a former mercenary who comes out of retirement to take part in the overthrow of an African dictator.

When asked about his acting range, Sir Roger once stated “everything from ‘raises left eyebrow’ to ‘raises right eyebrow’”. The man didn’t take his acting too seriously, which is probably why he was so well loved. But his performance as Rufus Excalibur Ffolkes is a hoot! Needing an acting change of pace in the middle of his Bond tenure, the character of Ffolkes is a cranky, misogynist, cat-loving, counter-terrorist expert. Roger may not have been an award-winning actor, but he had great comic timing and was never afraid to make fun of himself.

If we are talking about which one of the Bonds is the truly best actor, it has to be Dalton. He’s a Shakespearian actor, whose screen credits don’t do him justice. He was in The Lion In Winter. Mary Queen of Scots and Cromwell, but none as a leading man. I think his best leading turn is as a terminally ill British doctor trying to escape a hospital for one last bit of fun. It’s an obscure flick, but quite an interesting performance by Dalton.

PIERCE BROSNAN (The Tailor of Panama)

Usually pigeonholed into playing the suave, debonair type, Pierce Brosnan finally got a chance to slum it in The Tailor of Panama. He was still sort of like James Bond…if James was a real scumbag. There is some really chewy dialogue for Pierce in this one. Makes me wonder if Pierce could have done more with his time as Bond, if he had been given better scripts.

I’m choosing the performance that got Daniel Craig his Bond gig. Barbara Broccoli saw something in Daniel in Layer Cake (2004) that made her believe he could be the world’s greatest secret agent. Watching it now, you can see what she was thinking. Craig plays a British mid-level gangster looking to get out.