Is Die Hard a Christmas movie? Yes, of course it is.

Okay now that we have that out of the way, let’s get to a serious Xmas movie question. Is the underrated James Bond film On Her Majesty’s Secret Service a Christmas movie? It has Blofeld wishing 007 a Merry Christmas and includes the song “Do You Know How Christmas Trees Are Grown?” That’s so Christmassy I’m shocked OHMSS isn’t playing on Lifetime this month. 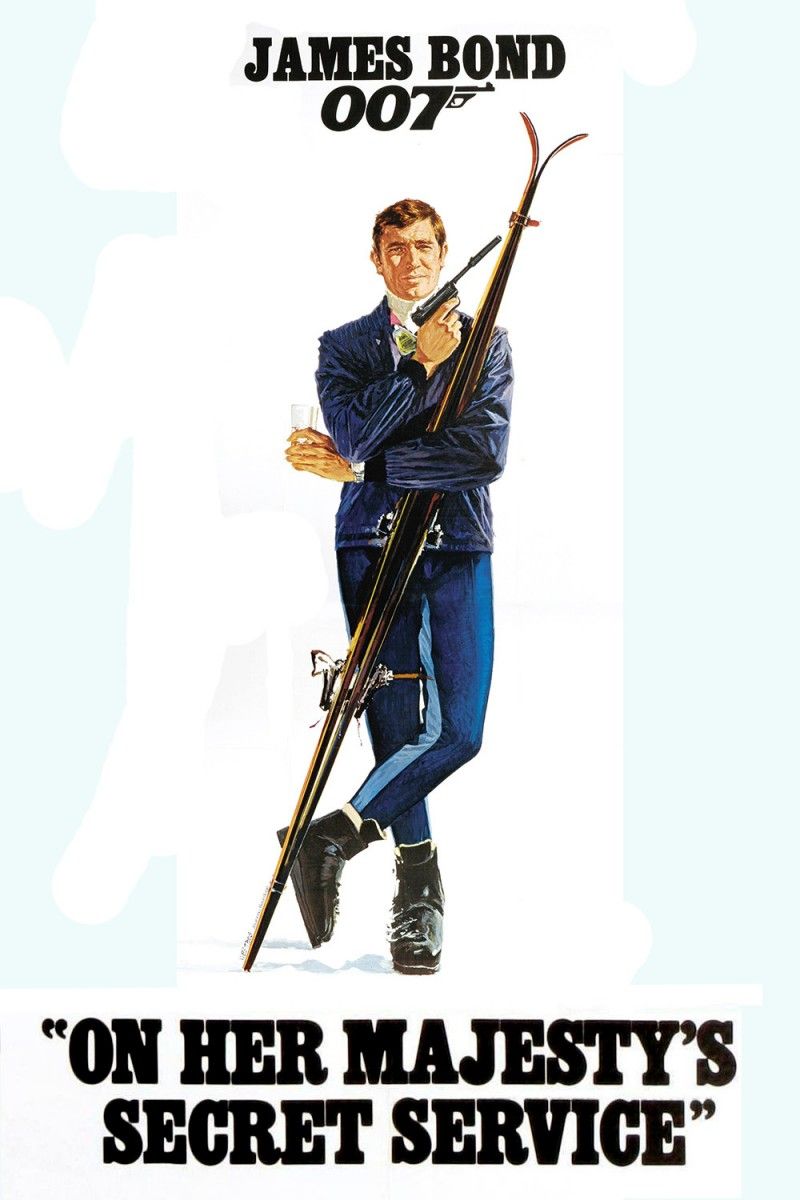 Now that we have the real Christmas movie debate out of the way, let’s get into this whole “underrated” thing. It took decades, but the film has been recognized by Bond fans from around the world as one of the best in the entire film series. Great plot, very faithful to the Fleming novel. Terrific and memorable Bond girl and villain. Has James skiing. A killer soundtrack. So what’s holding it back? Why do causal fans forget about it? It’s that Bond movie that your friend might say: “Oh yeah! That one with that one guy who played him just that one time! What was his name again?“

Can you imagine being a Bond fanatic in 1969, about to see the first ever 007 big screen adventure without Sean Connery? It must have felt weird. More model than actor, George Lazenby had no business getting the coveted role… other than he wanted it more than the next guy. That’s pretty ballsy. Actually, that’s pretty Bondian.

Bond’s coolest moment? Walking into the alpine room, surrounded by a plethora of gorgeous international women, while wearing a kilt. Your move Sean!

Bond’s most embarrassing moment? Pretending to be unathletic as he engages in some curling.

Bond’s best line? “That’s quite an inducement – but, I don’t need a million pounds. And I have a bachelor’s taste for freedom.” As he turns down Draco’s generous offer to marry his daughter Tracy.

Best acting performance? Diana Rigg is such a natural as Tracy. She plays suicidal, causal, fiery, romantic and tragic. One of the all-time great Bond ladies. 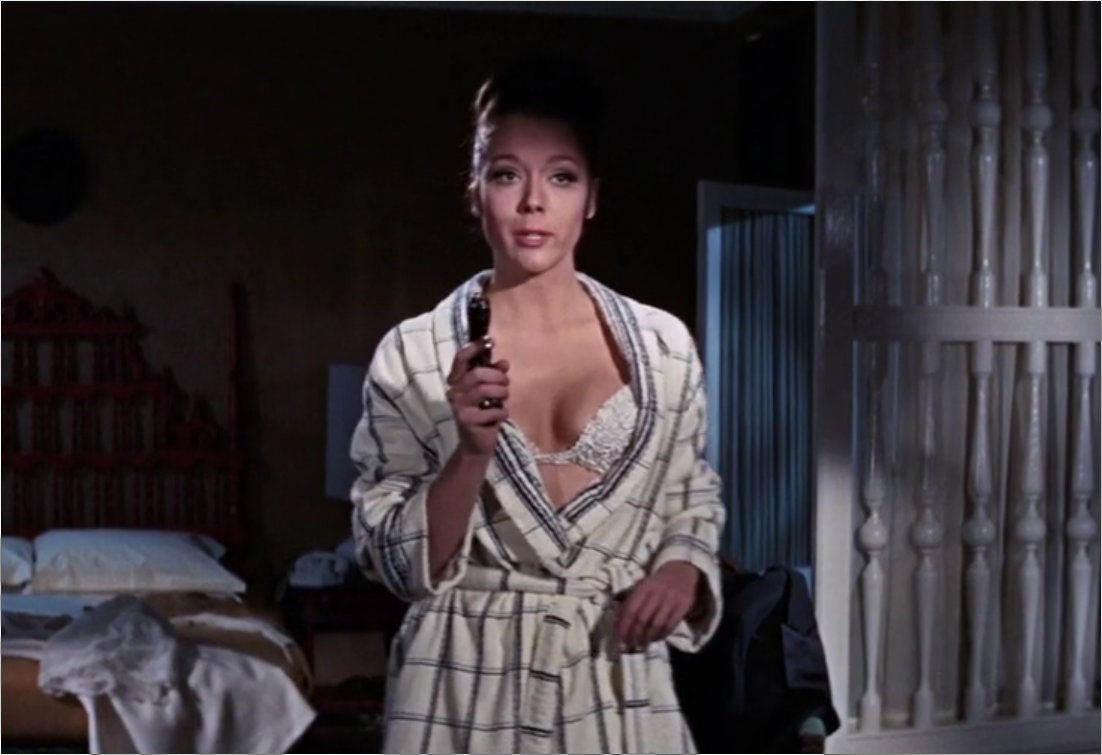 Bond’s #MeToo #TimesUp moment? Sleeping around with the ladies at the allergy clinic. Also, an easy way to blow his cover.

Worst line in the movie? “This never happened to the other fellow.” Breaking the fourth wall. The only time James has ever talked to the audience. I don’t hate it as much as others, but it does throw me off every time I hear it.

What I noticed for the first time after watching this for the 76th time? Tracy steals James’ gun after they have sex. I always remembered James snatching the gun out of Tracy’s hand, then placing it in the drawer, and then in the morning finding the money she owed him in the same drawer. But no gun? I’m an idiot.

Best action sequence? The raid on Blofeld’s HQ at Piz Gloria. I’m a sucker for a good guy army vs baddie army climax. Bond shooting a machine gun while sliding on his belly is a pretty sweet move.

Who or what is the title song about? There isn’t a title song, but we do get John Barry’s kickass instrumental opening tune. However, later we do have Louis Armstrong’s touching “We Have All The Time In The World.” Which should be every couple’s wedding song.

Best looking cinematic moment? James and Tracy skiing. Cinematography is really on point, and then that leads us into a dramatic ski chase with Blofeld and his henchmen.

How could the villain have succeeded? This one is on both James Bond and Ernst Starvo Blofeld. They’re both pretending to be other people all thanks to one of them wearing glasses, and the other one suddenly missing earlobes. They must already know each other and they both play this charade for far too long.

Which other Bond actor could have starred in this movie? Give me a highly motivated Sean Connery. Sorry George, you did your best. In modern times, I think Daniel Craig would have been perfect in a remake.

Does Bond ever think he might die? When Irma Bunt and her men are chasing him through that Christmas village. When James sits down on the bench, he has a look on him that reads “done for.” And of course, Tracy saves the day.

What would have made the movie better? Like I mentioned above, give me Sean Connery in this role and OHMSS doesn’t just become a highly underrated Bond flick. It gets mentioned as a classic on the same level as From Russia With Love, Goldfinger, etc.

What’s in a name? Bond pretends to be Sir Hilary Bray, a genealogist from the London College of Arms.

What’s in a title? On Her Majesty’s Secret Service is the title of an Ian Fleming. We also get a future Bond movie title in this film thanks to the Bond family motto: The World Is Not Enough.

Drinking game: Drink a glass of malt whiskey and branch water each time the words “genealogist” or “genealogy” are mentioned.

“WTF?!” moment: I could go with Bond accidentally almost getting into bed with Irma Bunt, but I’m going to choose Bond checking out an issue of Playboy while waiting to break into Gumbold’s safe. It’s not really out of character, but it’s also not something I ever want to picture James doing.

Fun fact: George Lazenby could have signed a seven picture deal, but decided to quit after just making one because he didn’t think the character of James Bond would survive the early 1970s. The single worst entertainment career decision ever made.

Review synopsis: George Lazenby gives it his best effort, but he’s the only thing dragging down this excellent Bond film. Having said this, I think he could have grown into the role and been quite successful. Director Peter Hunt (in his only Bond directing turn) gave us one of the most exhilarating and visually creative 007 films of all-time. On Her Majesty’s Secret Service is also the most poignant in the series, until we got the Daniel Craig era 35+ years later.