“All I wanted was a sweet distraction, for an hour or two.” This is a line from the theme song to the 13th James Bond movie, Octopussy. If that line doesn’t sum up this entire film, then I don’t know what else can.

I have a soft spot in my cinematic heart for Octopussy. It was my first in-the-theater Bond movie. If everyday food could represent each 007 adventure, then Octopussy would be your favorite bag of chips. You know it isn’t healthy, but you sure do enjoy it. Octopussy is as straight up bonkers as A View To A Kill, yet it seems slightly less madcap because the cast is more “age-appropriate” for Roger Moore. 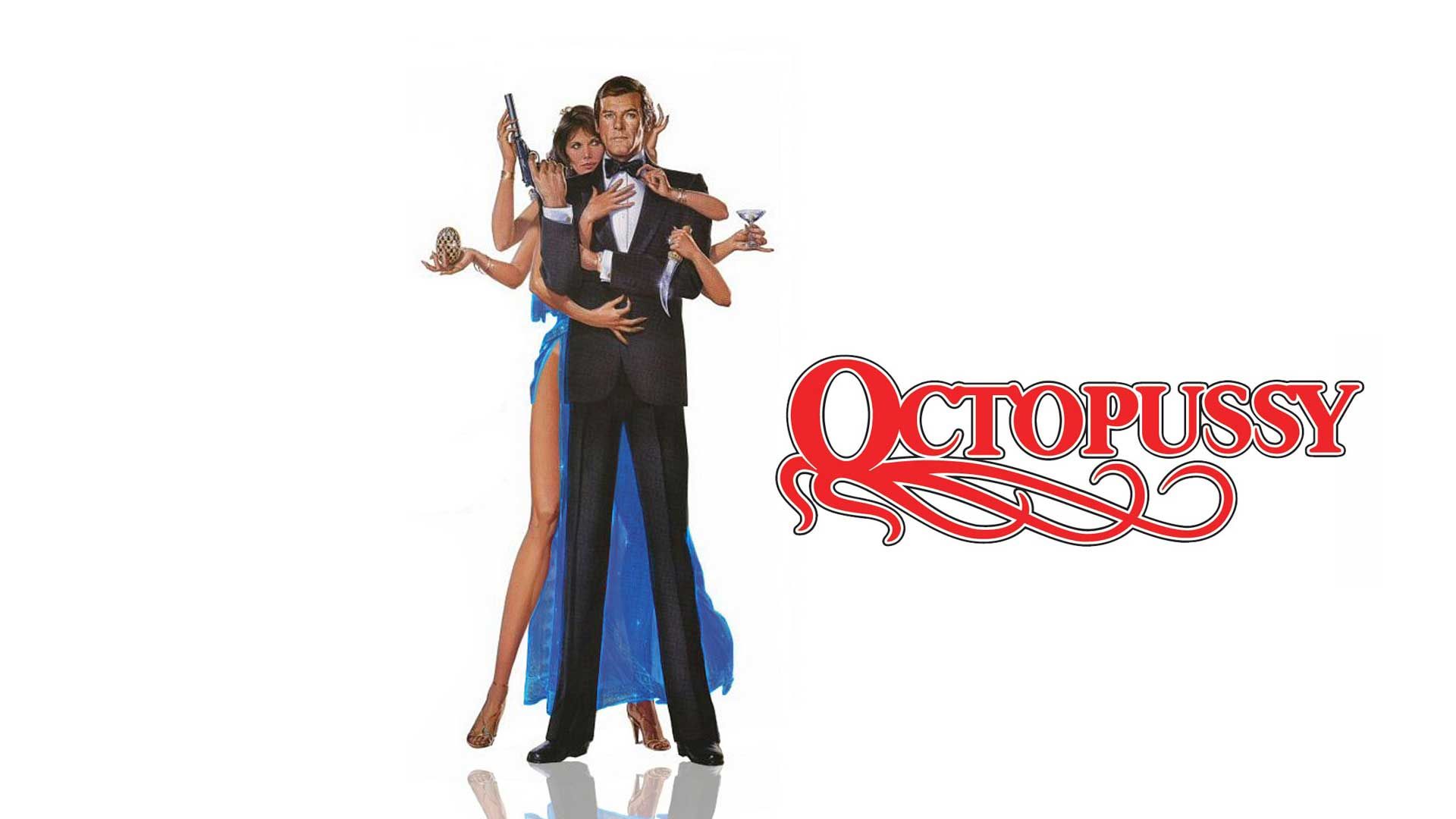 Bond’s most embarrassing moment? Swinging from the trees doing the Johnny Weissmuller/Tarzan yell.

Bond’s best line? “My security” *holds up the egg* “And yours?” *holds up Khan’s cheating dice*

Bond’s #MeToo #TimesUp moment? In Q’s lab, of course. Using the videocamera to get a better look at that girl’s boobs.

Worst line in the movie? Even though I still chuckle, Bond giving money to his Indian contact: “That should keep you in curry for a few weeks.“

What I noticed for the first time after watching this for the 173th time? The Kremlin Art Director is the same actor as the one who plays the Gasworks Supervisor in The Living Daylights.

Best action sequence? Bond and Octopussy fighting the Indian thugs in her bedroom.

Who or what is the title song about? I believe “All Time High” is about a woman who had a one night stand with Bond, but now wants more.

How could the villain have succeeded? As usual the villain decides to keep Bond around as their guest. Give him a nice room, invite him to dinner, etc.

Which other Bond actor could have starred in this movie? Originally, Roger Moore wasn’t going to come back and James Brolin was ready to step in. But honestly, this is such a Roger Moore as James Bond movie.

Does Bond ever think he might die? A couple of times. First, towards the end of the safari. Then just 90ish seconds before the bomb is supposed to go off at the circus.

What would have made the movie better? Lighten the load of the plot, and cut down a little bit on the campy stuff.

What’s in a name? Bond pretends to be Charles Morton, a manufacture representative, as he heads to East Germany. And of course, as Cuban military man Toro at the beginning of the flick.

What’s in a title? Octopussy is the title of an Ian Fleming short story. As is “Property of a Lady”, which is also used in this movie.

Drinking game: Take a gulp of champagne each time someone says “Octopussy”.

“WTF?!” moment: Bond making the “F-You” arm movement to those wacky German teens who played a prank on him while he was trying to hitch a ride.

Fun fact: The safari hunt was originally supposed to be in The Man With The Golden Gun.

Review synopsis: Octopussy never fails to thrill with its spectacular stunts and eye-popping locations. Roger Moore probably should have stopped after this one. It gets too campy at times and instead of being an “all time high”, Octopussy is “over the top.” But if you grew up in the 80s, saw this in the theatre or the countless number of times it played on cable, how can you not enjoy it?