Whether it’s our last job, or our last relationship, we like to think of the successes during it and not about the failures that led to the finale. The same thoughts can be applied to movies. It’s very rare for the final film in a storied franchise to end as successfully as its predecessors.

We’ve had six James Bond actors and each one of their last turns as 007 can be labeled as a failure. But why? 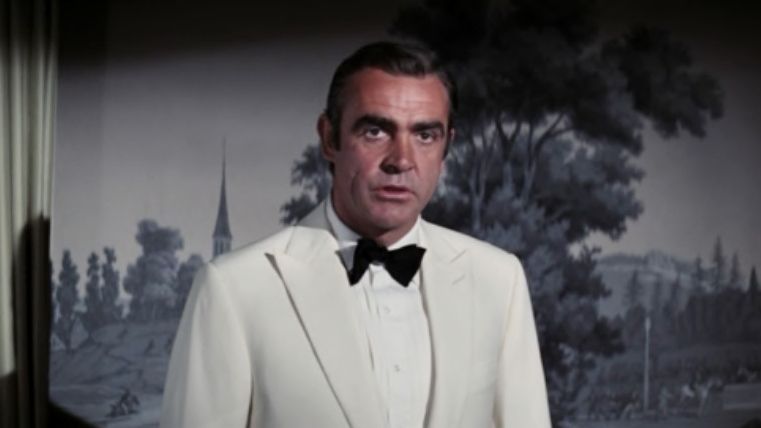 To say that Sean Connery “mailed it in” for his final Bond film (Diamonds Are Forever) would be an insult to hardworking envelopes. After George Lazenby’s one turn — we will get to him soon — Sean came out of 007 retirement in 1971 to star in this mishmash of a flick. Connery initially retired in 1967 after his 5th Bond movie (You Only Live Twice) and probably made the right career choice. Sean had grown tired of the character and wanted to prove he was an actor capable of playing more than just the world’s greatest secret agent.

A record salary at that time of $1.2 million — which he gave to charity — was enough for Connery to say never say never again. Financially, Diamonds was a major box office hit. The movie was trash, but audiences were aching to see the original, the best, Bond back in action. Sean looked a lot older than 41, the villain and plot were weak and ludicrous, but who cares?! Sean Connery was back as Ian Fleming’s James Bond 007, even if it was only for one more time — officially that is.

George Lazenby is the college basketball freshman of the Bond actors. He was “one and done” in a very underrated Bond film (On Her Majesty’s Secret Service). As the decades have passed, the film has gained a lot of traction as one of the best Bonds ever. What’s holding it back? George Lazenby.

Lazenby wasn’t an actor. He was cast for his looks and his physicality. Connery announced he was leaving Bond during production of You Only Live Twice and the hunt was one for the next Bond. Lazenby could have had a long career as Bond, even though OHMSS wasn’t as huge a hit as previous Connery-007 flicks. He foolishly turned down a seven picture deal, which lead to Sean’s return in Diamonds. Now OHMSS is one of those “oh you mean that one movie, the one where Bond gets married, with that one guy who only played him once?” Such a shame. 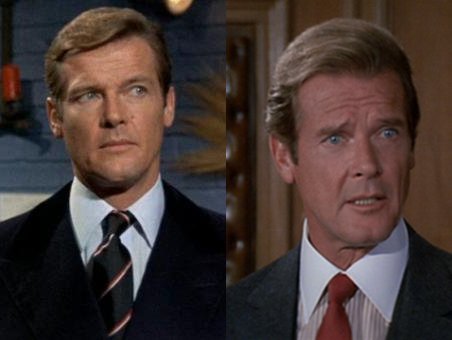 To steal a line from the late, great Roger Moore, which I think he stole from a film critic… By the time 1985’s A View To A Kill was released, Roger Moore wasn’t just long in the tooth, he had tusks! Yes, Roger was a master at poking fun at himself. After 7 movies, 12 years as Bond, he knew it was over.

The longest running Bond actor probably should have called it quits after the box office success of 1983’s Octopussy. AVTAK has a hip (for the mid-80s) soundtrack, courtesy of Duran Duran’s title song, young villains played by oddities Grace Jones and Christopher Walked, plus a leading lady (Tanya Roberts) so young that her mother was younger than Roger Moore! AVTAK wasn’t the box office hit Moore and Bond producer Cubby Broccoli were used to. In December of 1985, 7 months after the movie was released, Moore officially announced his retirement. He was 58 years old.

Licence To Kill, Timothy Dalton’s 2nd and last Bond movie, might be the film that nearly killed the 007 franchise for good. It came out in the very crowded summer of 1989. Batman, Indiana Jones and the Last Crusade, Lethal Weapon 2, Ghostbusters 2, just to name a few of the competitors.

Dalton was never the audiences favorite for the part. Over time, he’s gotten more credit. Some call his take on Bond ahead of its time, thanks to the success of Daniel Craig. Dalton’s serious tone came right after the 12 years of campy Moore. Also, always being thought of as the second choice for the role after Pierce Brosnan couldn’t get out of his TV contract, didn’t help. The film itself kind of has a made-for-TV, Miami Vice feel to it.

To this day, it is still the lowest ranking Bond when it comes to box office numbers. I’m including cost adjustment for inflation. Thanks to these low numbers and some legal battles, we didn’t see another James Bond film on the big screen for 6 years.

Pierce Brosnan had a very successful run as 007. All four of his movies were big hits. Critically acclaimed? Not so much. His 4th and final go at it came with Die Another Day. A movie so over the top that even Roger Moore made fun of it. Invisible cars, a Madonna cameo, kitesurfing a tsunami, and bad pun after pun after pun.

Much like Connery and Moore, audiences embraced Pierce’s Bond even if they knew the movies weren’t anything more than an excuse to stuff their faces with popcorn. With DAD, please add lots of cheese to your popcorn. 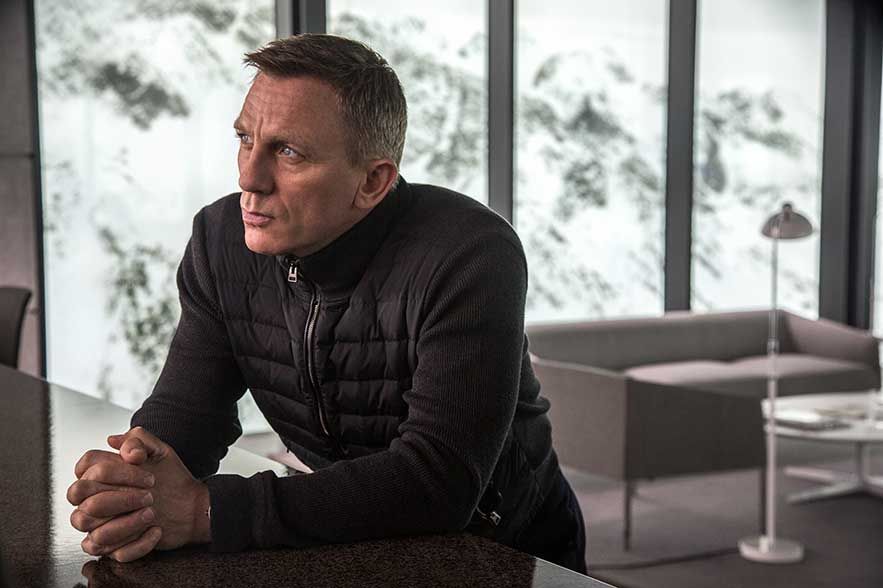 So where does this leave our current 007, Mr. Daniel Craig. It could have ended last November 2015 with Spectre. Not as bad a way to go out as Diamonds Are Forever or A View To A Kill or Die Another Day, but it still wasn’t as great as Casino Royale or Skyfall. Hell, it might not even be better than Quantum of Solace.

When the 25th Bond movie is released — hopefully in late 2019 — Craig will go out with #5 and he will pass Roger Moore as the longest serving — in number of years — Bond actor. This final film is about his legacy now. Can he do what the actors before him failed to do? Go out on a high note.