We know who 007 is. We know his missions, his girlfriends, his enemies, we even know a little about his past. Over the years, there have been theories that “James Bond” is just a moniker given to whichever person is the current 007 over at MI6. Of course, we know this can’t be true. Specifically after the films Skyfall and Spectre delved into Bond’s childhood.

So it’s settled. All six Bond actors have been the same man, playing the same role of British secret agent 007. Which got me thinking…where are the other 00s?

001 – As far as we know, there has never been any mention of this agent during any of the 24 official films. In Raymond Benson’s Bond novel, Doubleshot, 001 is mentioned. His name is Edward Donne.

002 – Ah good old Bill Fairbanks! He was shot in Beirut by Francisco Scaramanga, AKA The Man With The Golden Gun. A golden bullet right through the neck. Or at least that’s how Moneypenny says it went down. Bond later finds the bullet, being worn as a “charm” by a belly dancer, and swallows it. We have an idea how Bond got the bullet out of him.

We can also add a 002 to The Living Daylights. All we know about him was that he was eliminated from an MI6 exercise when he parachuted into a tree. He’s too klutzy to be a secret agent. He also looks like he is wearing a Roger Moore – Tom Brady hybrid mask.

003 – Not much to go on here, other than Bond finds him buried in snow in Siberia during the pre-title sequence of A View To A Kill. Judging from his locket, he appeared to have a family. But since MI6 prefers single, maladjusted young men, who give little thought to sacrificing others in order to protect Queen and country… I’m going to guess the picture came with the locket.

004 – Here we have another casualty of the spy games played in the opening of The Living Daylights. Unlike 002, this agent actually loses his life. 004 is murdered by having his rock climbing rope cut. He is sent plummeting down a cliff to his death in Gibraltar.

006 – The most famous (infamous?) MI6 agent not named James Bond. Alec Trevelyan (played by Sean Bean) is the main villain in Goldeneye. He was apparently shot and killed on a mission, but later it’s revealed that he faked his death. In actuality, he’s a Russian who is running a crime syndicate. 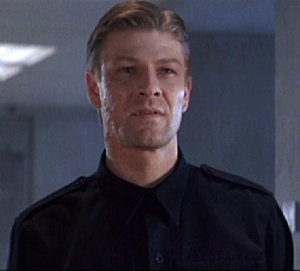 007 – I don’t know. Some British guy of Scottish/Swiss heritage, who drinks too much, has lots of unprotected sex, gambles all of his government salary, and he might have mommy issues. That’s all I got. 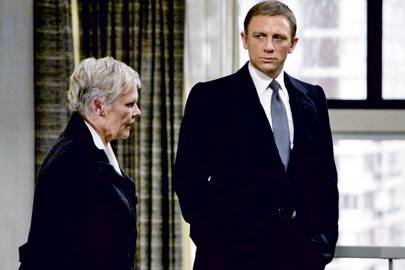 008 – This guy is M’s “don’t make me turn this car around” agent. He’s been mentioned in two movies (Goldfinger and The Living Daylights). Both times M has threatened to take Bond off a mission and replace him with 008.

009 – This agent might be the unluckiest of the bunch. In Octopussy, he is not only stabbed in the back, but he has to suffer the humiliation of dying dressed as a clown.

In the film The World Is Not Enough, it is mentioned that M assigned 009 to kill Renard. He shoots Renard in the head, but for some odd reason Renard lives and gets stronger,  with the bullet slowly killing off his senses. Licence to kind of kill?

In the last Bond flick, Spectre, 007 steals 009’s Aston Martin and takes it to Rome.

In Thunderball and The World Is Not Enough, we get to see a group of MI6 00s. We don’t know names or numbers, but we can guess that James Bond is the best of the bunch. The only question I have is… do you think Bond has sexually harassed that one female MI6 agent? Yeah, probably.