Why didn’t Connery come back after You Only Live Twice? Sean had mentally checked out by the mid-60s and he felt that he was being grossly underpaid, especially after the huge hits of Goldfinger and Thunderball. He resented the Bond producers, Cubby Broccoli and Harry Saltzman. Especially Saltzman! So much so that Connery demanded that Saltzman not be on the set while he was acting. Things got worse when Sean arrived to film in Japan. The press didn’t leave him alone. He had enough. He said never again! (More on that statement other time…another place.)

Why did the producers go with George Lazenby to star in On Her Majesty’s Secret Service? Lazenby was a complete unknown, who they thought they could mold into the next Connery. That proved easier said than done. Lazenby is really the only weak spot in the entire film. Not entirely his fault, as he had never acted before. But when your great film’s only weakness is the lead actor, that’s a major issue and the producers only had themselves to blame. OHMSS needed Sean Connery. And actually, Sean Connery could have really used a film like OHMSS. 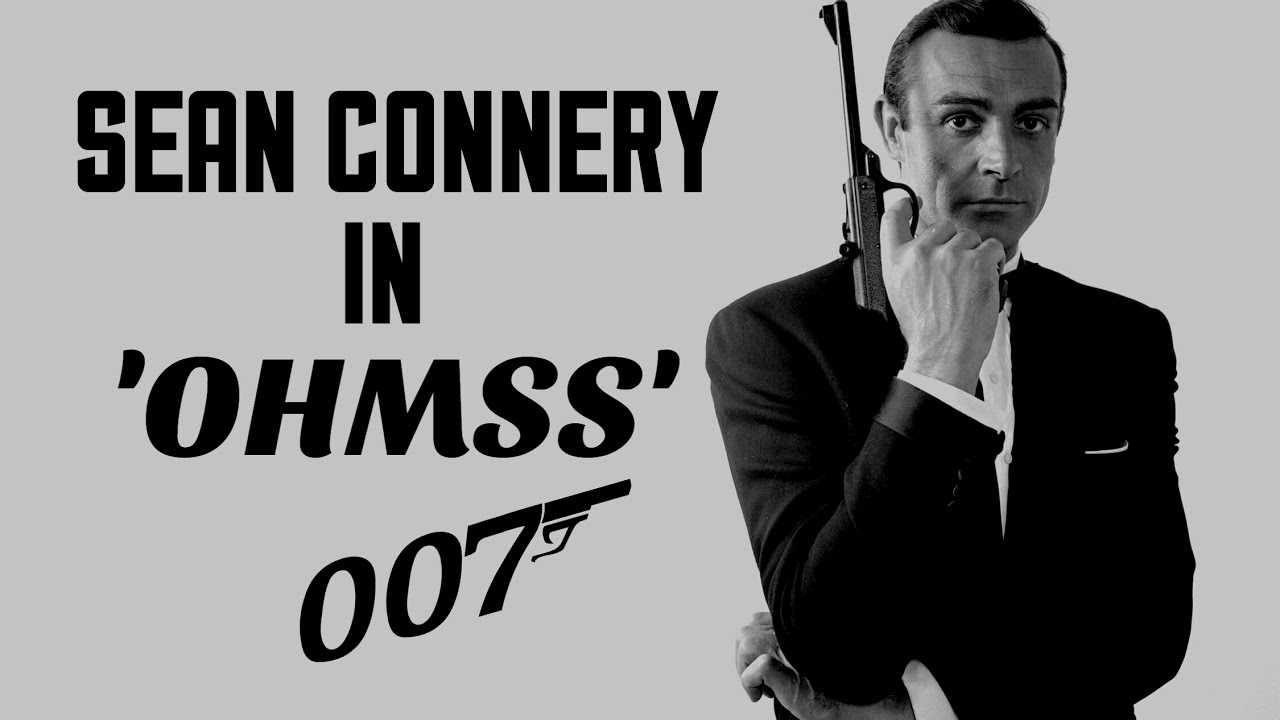 With the beautifully talented Diana Rigg as Tracy, Bond’s future wife, and with terrific character actor Telly Savalas, playing the villain Blofeld, Connery would have fit right in. If he was tired of Bond because the movies had become lazy and out-of-this-world, then OHMSS was exactly what he needed. It’s one of the more grounded Bonds in the franchise’s 55+ year history. There are hardly any gadgets, the action is shot well thanks to director Peter Hunt, the locations make it a sweeping epic, and it offers a Bond actor a first: Bond falls in love and gets married.

It’s a shame that this movie didn’t end up as the followup to Goldfinger, as it was intended to be. Bond history might have changed. Connery would have eventually had enough of being “underpaid” and would have grown too old for the part, but we would have seen him in somewhat of his prime in one of the best 007 movies ever made.

As it stands now, if you are a Bond fanatic like myself, you have grown to respect and love the film. It’s easily in my top 10 Bond flicks, but for casual Bond fans it’s an outlier. Usually you will hear from them: “Oh yeah! That one with that one guy who only played the part once. The one without Sean Connery.” That’s a shame. Sean Connery is James Bond in On Her Majesty’s Secret Service? Has a much better ring to it. That would have been an all-timer on the level of From Russia With Love, Goldfinger, The Spy Who Loved Me, Casino Royale and Skyfall. Even with George Lazenby as James Bond in On Her Majesty’s Secret Service it still might be. It’s that good of a movie.