2002’s Die Another Day is the first time we see 007 in a post-9/11 world. While this movie was released about 14 months after the attack, Pierce Brosnan’s 4th and final turn as Bond only hints at the serious world we were living in at the time. The rest of movie comes across as a bonkers Roger Moore-style of Bond flick, mixed with popular action movies of the late 90s and early 2000s.

When I saw this in the theater and witnessed the first ever CGI bullet being shot at an audience during the gunbarrel sequence, I knew this was going to be a Bond flick that stood out.  The first half of the film is the best Brosnan-Bond movie since Goldeneye. The second half? Less said the better. 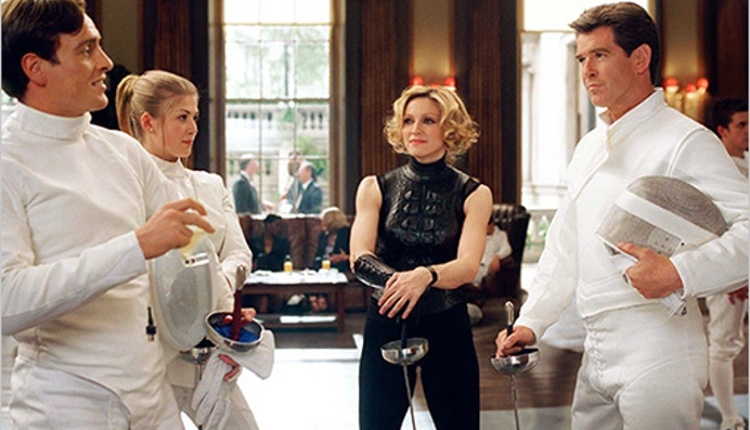 Bond’s coolest moment? Walking into that Hong Kong hotel lobby, not caring how he looks. This could be from any classic Bond movie.

Bond’s best line? Bond’s “I’ve missed your sparkling personality.” Followed right by Zao punching him in the stomach and saying “How’s that for a punchline.”

Best acting performance? Rosamund Pike as Frost is terrific in her limited role. You can see the future Oscar-nominee has some real talent.

Bond’s most “sexual predator” moment? Not much to choose from, so I will go with Bond tricking Frost into making out for longer, as if Graves’ goons were still spying on them.

Worst line in the movie? “Yo mama!” should never be uttered in a Bond film. I hope Halle didn’t improvise that.

What I noticed for the first time after watching this for the 89th time? 14 months after 9/11. Bond held captive for 14 months. M saying “the world changed” while Bond was away. All connected.

Best action sequence? I really enjoy the sword fight at the Blades Club. It seems so out of place in a Bond movie, but it’s well choreographed and it never disappoints when I see it.

Best looking cinematic moment? Like I mentioned before, the Jaguar vs Aston Martin car chase on a frozen lake in Iceland is beautiful to watch, even if the action is ridiculous.

How could the villain have succeeded? By not faking his own death. He could have done his entire plan from North Korea. He would still have to kill his father I guess.

Which other Bond actor could have starred in this movie? I guess an in-his-prime Roger Moore makes sense, but this really is perfect for Pierce. He always tried to be a hybrid of Sean and Roger, and you can see it in this movie.

Does Bond ever think he might die? Before the prison exchange with Zao, Bond knows he is about to be shot by the North Korean firing squad. Brosnan does a good job of portraying Bond’s “so this is how it ends” facial expression.

What would have made the movie better? Cut the entire kitesurfing escape and the plane action climax. The movie is too silly for a movie two hours and ten minutes long.

What’s in a name? Bond takes the name (and sunglasses) of diamond smuggler Van Bierk. Notice how Bond is also already dressed like him before taking his identity.

What’s in a title? Die Another Day is one of a handful of Bond titles that has no connection to Ian Fleming or anything related to Bond history. It’s the third and final in the Brosnan-Bond “soap opera” title-sounding flicks: Tomorrow Never Dies, The World Is Not Enough, Die Another Day.

Drinking game: Take a sip of your mojito every time a character utters a bad pun. This movie has more bad puns and one-liners than the three previous Brosnan-Bond flicks. #PunAnotherDay

“WTF?!” moment: Bond has the superpower to fake a heart attack! How did he learn this trick? Why did he ever learn how to do this?

Fun fact: Pierce Brosnan suffered a knee injury during the pre-title action sequence, which prompted the production to stop shooting for seven days.

Review synopsis: This is the 20th official James Bond movie and it came out on the 40th anniversary of Dr. No. They tried to throw everything but the kitchen sink here. The tone shifts, the eyeroll-worthy puns, the embarrassing CGI and an invisible car, didn’t give Pierce Brosnan a proper send-off as Bond. In fact, this movie (despite it being a huge box-office hit) made producers reexamine the franchise. This led to the much needed Daniel Craig era. With all that said, Die Another Day is still highly entertaining in the same ways A View To A Kill and Diamonds Are Forever are. 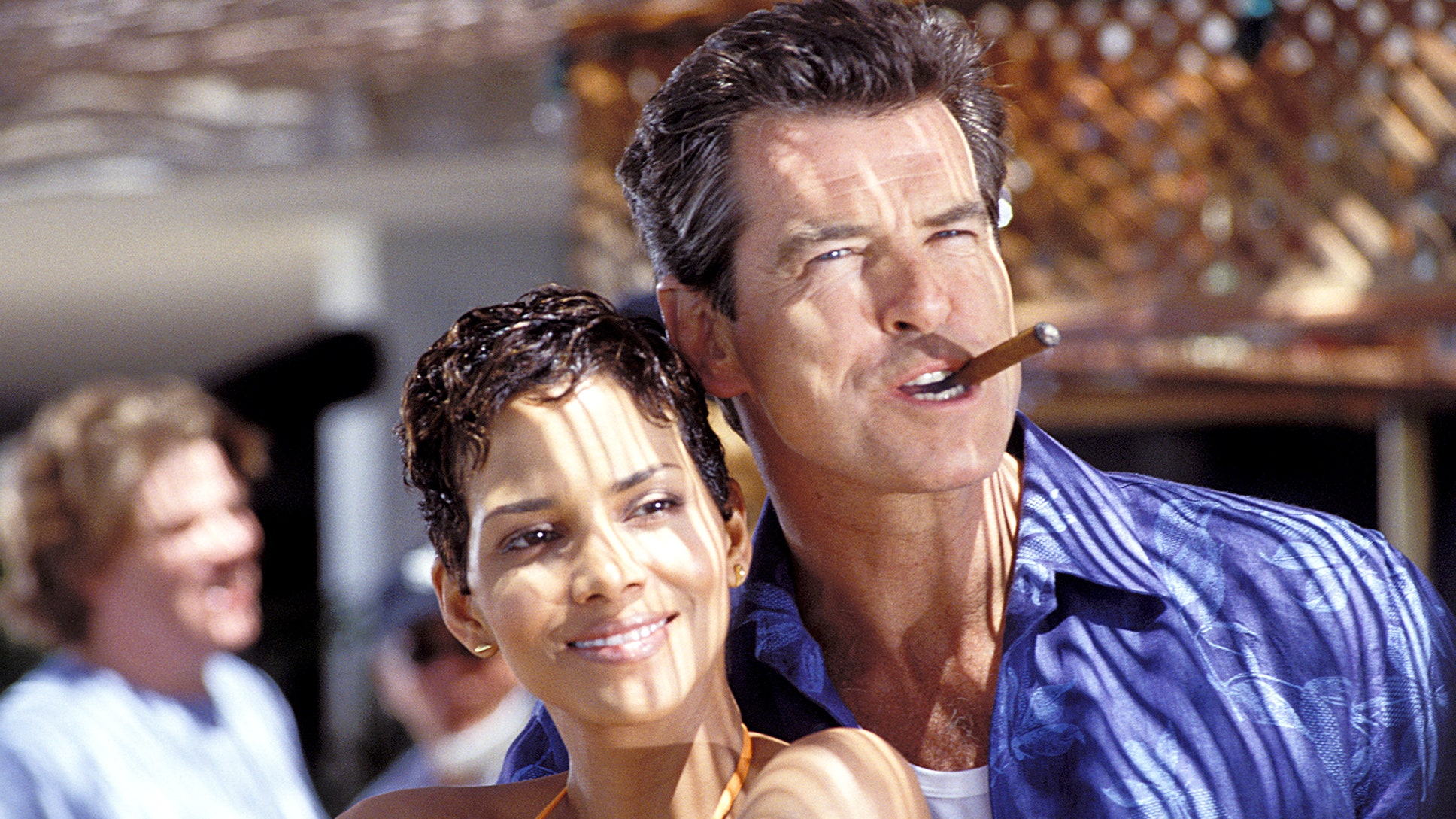